Violence in Ethiopia’s northern state of Tigray has escalated in recent weeks, with hundreds of soldiers and an untold number of civilians killed in a worsening dispute between regional forces and the national government. The long-simmering tensions between Prime Minister Abiy Ahmed’s government in Addis Ababa and leaders from the country’s northern Tigray region have spilled out into the open and hundreds of people have been reported dead. The escalation in hostilities has spurred a mass exodus from parts of the region, with tens of thousands of people fleeing over the border into Sudan.

In early November, Abiy said that Tigrayans attacked a national military base. He responded by sending troops to the region, which is governed by the Tigray People’s Liberation Front (TPLF) — a political party that once held major influence across the country and ruled the country as part of a multiethnic coalition for the three decades, prior to Abiy coming to power in 2018. The TPLF reacted by taking control of parts of the federal army’s Northern Command post, hoovering up military equipment and soldiers in the process.

A few days later, prime minister Abiy announced that the Ethiopian military had bombed Tigray, destroying weaponry near the regional capital of Mekele. This week, he said that Ethiopian forces will move ahead with what he described as “the final and crucial” phase of their military operation.

The emergence of this bloody conflict is the result of the tensions that had long been brewing between Abiy and the TPLF, which has seen its national authority dwindle since Abiy took office in 2018. As Prime Minister, Abiy dismantled the long-standing ruling coalition, led for years by the TPLF, and created the new Prosperity Party. The more recent trigger for the hostilities came this autumn, when Abiy’s government postponed this year’s elections, citing coronavirus concerns. Not accepting the reasons for postponement of the elections, Tigrayan officials opposed the move and held their election anyway. Abiy refused to recognize the results from this September vote, adding to hostilities, which finally spilled over into open warfare a short time after.

Abiy has been considered a strong ally by the West and he won the 2019 Nobel Peace Prize largely in recognition of his efforts to normalise relations with Eritrea, which shares a border with Tigray. For context, Eritrea was once a part of Ethiopia but gained independence in 1993 after a bloody struggle 30-year struggle. From 1998 to 2000, Ethiopia and Eritrea fought a war that left tens of thousands dead, and thousands displaced. His achievement to normalise relations should not be underestimated.

However, that good work is being undermined by the conflict. The peace with Eritrea now is uncertain as Tigrayan forces recently fired missiles at targets in Eritrea. Tigrayan regional president Debretsion Gebremichael has alleged that Eritrea sent troops and tanks over the border into Tigray to support the Ethiopian government, telling Reuters the rockets were retaliatory strikes. The Tigrayans’ decision to launch missiles at Eritrea adds an international element to the conflict. If conflict escalates further, it could destabilise the region. On a wider scale, the violence risks engulfing the entire Horn of Africa and lead to mass displacement.

Moreover, if President Abiy goes ahead with his plans to encircle and attack Mekelle, without care or due preparation for the possibility of civilian casualties, he could further ruin relations with the region. If his planned assault does turn into a humanitarian crisis, the West cannot stand by and let such a disaster unfold. Mekelle has half a million inhabitants and Abiy’s spokespeople saying there will be “no mercy” for anyone caught in the attack is simply not good enough. Not just because of the potential loss of life but also the destabilising effects of people fleeing the Tigray region in fear of further indiscriminate violence.

This article was originally published for Conservatives Global 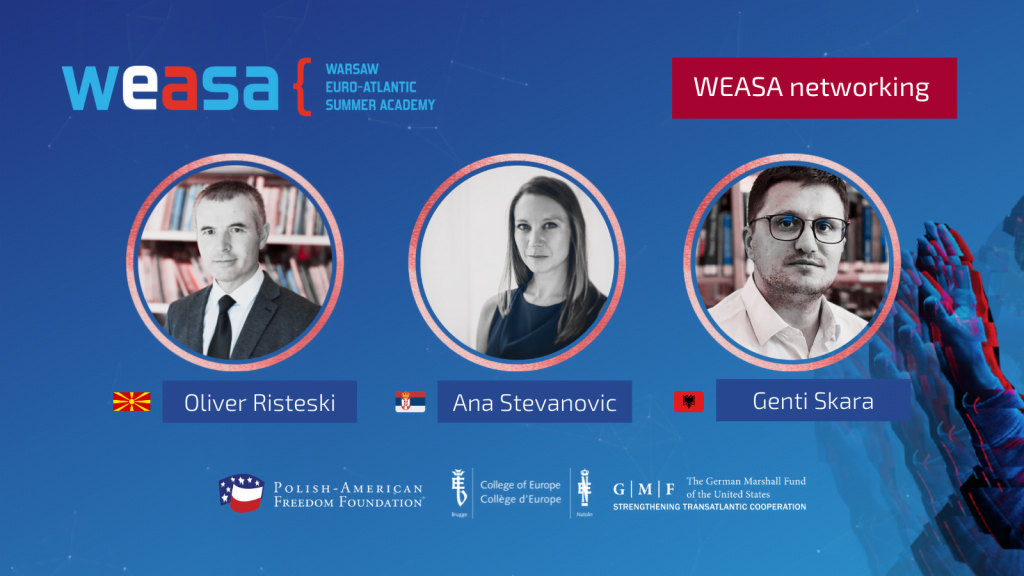 FacebookTweetEmailPrint On January 31st 2022, three WEASA alumni members from different editions presented their research on cyberbullying in Macedonia and Serbia. One of the researchers was Oliver Risteski MA, our

FacebookTweetEmailPrint From December until today, we are facing a disease that took the world by surprise. The pandemic caused an economic and social crisis that diverted the attention of the

FacebookTweetEmailPrint In the newest operational warfare domain, cyberspace, there are armies of nefarious hackers from around the globe who use cyber warfare for economic, political, or military gain. One aspect