Strategic Trend – In Serbia, the new government is already old 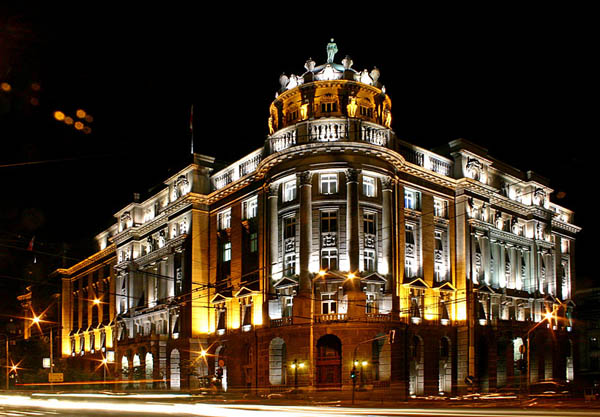 On the 24th of October, the new Serbian government was announced. Led by Ana Brnabic, confirmed as Prime Minister, it is a national alliance between the only three parties that won seats in Parliament at elections on June 21: the Serbian Progressive Party (SNS), dominating the political scene for years; the Serbian Socialist Party (SPS), its traditional ally; the Serbian Patriotic Alliance (SPAS), a right-wing, populist party that had never been in Parliament before.

The government is made of 21 ministers plus 2 ministers without portfolio. With 11 women as ministers, it is the most gender-balanced cabinet ever in the region. But it will have a short life span. Just a few days before it was formed, the Serbian President and SNS leader Aleksandar Vucic announced that there will be snap parliamentary elections in April 2022. Vucic said it makes sense to couple regular presidential elections, scheduled on April 22, with the parliamentary vote. He also added that municipal elections in Belgrade, also planned for 2022, could be arranged for the same date.

Grouping the three electoral processes is an astute political game. Vucic needs to restore the legitimacy of Parliament after the main opposition parties boycotted general elections in June. They argued that the SNS, viewed as a corrupted and hegemonic party that has emptied Serbia’s democracy, did not offer equal conditions to take part in the electoral process. Vucic will try to persuade the opposition to take part in the 2022 vote, assuring them that the process will be transparent and will involve European observers to supervise it.

Having a challenged parliamentary vote and then a multiparty assembly is key to the Serbian President, who is reorienting the country’s foreign policy towards the West, as several analysts have recently noticed, among them Jelena Milic. A Parliament with a majority, an opposition and a dialectic between them, thus a normal Parliament, can help Vucic to boost his credibility among the EU countries and with the prospective US President, Joe Biden, reigniting the Europeanization process and talks with Kosovo to normalise economic and political relations.

The Serbian President needs an opposition in the Parliament, but this means that the overwhelming consensus of the SNS, which took 60,65% of the vote in June, will decrease. Merging presidential, parliamentary and municipal elections in Belgrade, is the way through which the ruling party, by making its electoral machine work at all levels, will try to maximize its consensus.

But there is still a long way to 2022 e-day. In the meantime, Vucic will put himself centre stage, even more, as the exclusion from the government of the SPS leader Ivica Dacic could suggest. Having been Prime Minister and Minister of Foreign Affairs in the SNS governments, he has been a crucial figure in the current architecture of power, thus gaining some status, although not comparable with Vucic’s popularity. Anyway, for the President it might be convenient to stand alone on the stage ahead of the 2022 elections. Dacic has been appointed the Speaker of Parliament, somehow a downgrading.

It is too early to make predictions, but it is reasonable to think that the most challenging scenario for Vucic and the SNS will be the city of Belgrade in 2022. In Serbia’s political map, the capital city matters a lot. Having the majority in the city council raises chances of controlling the country. Since 2013, one year after it rose to power at national level, the SNS holds the town (the current mayor is Zoran Radojicic). It is still strong, but a sign of concern for Vucic and the SNS is that the boycott campaign for parliamentary elections reached its peak precisely in Belgrade. Only 35% of Belgradians voted, compared to a nationwide turnout of 50% less. What’s more, the creation of a new local party advocating a stronger commitment to environment and social rights (see the other Strategic Balkans analysis) could make the SNS goal to keep Belgrade, harder than expected.

Angered by hybrid regimes, disappointed by the EU: grassroots movements in the Western Balkans

Works for Belgrade’s waterfront, a major urban project promoted by the Serbian government, will still last for years. Yet the way in which the Belgrade landscape will change is already palpable. Some skyscrapers have already been completed. Other big buildings are steadily emerging from the ground. Belgrade on Water, as the project is called, will turn a large area on the right bank of Sava River, empty for years, into a city within a city. For the Serbian President Aleksandar Vucic, the pharaonic project gives the town a modern look and attracts an unprecedented flow of investments.

Vucic’s view is strongly opposed by the civic movement Ne Davimo Beograd (Let’s Not Drown Belgrade). Its activists claim that the waterfront is a horrible scar on Belgrade’s historic skyline, a nonsense project that satisfies the President’s own vanity and fills the pockets of the oligarchs close to his Serbian Progressive Party (SNS). Ne Davimo Beograd (NDB) denounces that investments flowed into the capital of Serbia are largely opaque.

Over the last years, NDB has organized many protests against the waterfront, supported by quite a large number of citizens. Gradually, the movement has shifted from a reactive mood to a proactive approach, proposing to fix social and environmental problems in the town, like housing or heavy pollution. The next step, somehow natural, has been eyeing municipal elections in 2022.

NDB plans to run for the city council, but does not look for electoral deals with liberal-minded and progressive opposition parties so far. Yet, it is open to cooperation. The goal is to take power in Belgrade, thus activating a potential domino effect that can bring down the SNS power at national level. The movement is made up of young and progressive activists who back the EU perspective for Serbia but are disappointed by Brussels, blamed the EU for not having stopped the SNS state capture. “The EU’s attitude toward the state of democracy and rule of law in Serbia is a pure disappointment. We should focus on our job and not look at what the EU will or will not do”, one of the leaders of the movement, Radomir Lazovic, told Balkan Insight in a recent interview.

Before the 2008–2009 global crisis, social movements in the Western Balkans used to organize targeted campaigns to foster certain rights and values (LGBT+ rights, reconciliation, environment, etc.). Western foundations and NGOs backed them, with the aim of forming pro-EU and liberal-minded future leadership. After the global crisis, new movements have emerged. They are more spontaneous, with a much more visible grassroots approach and a very horizontal organization. They first tend to gather around a specific topic, but then their platform gets larger, embracing issues like the rule of law, social rights, the fight against corruption and media freedom. Plenums in Bosnia and Herzegovina are one of the most remarkable experiences among the new wave of social movements. After violent unrests in 2014, caused by predatory tendencies of the political élite and big business, students, activists and workers organized assemblies (Plenums) to screen the country’s post-war stalemate and formulate proposals to shake up the scenario.

Plenums avoided contacts with political parties and refused from the start to form a new party. This is a trend observed also in other grassroots movements. Activists do not want to play a role in a political scenario perceived as corrupted, if not failed. This stance preserves the purity of the movement, but it could also expose it to the “salami tactics” applied by governments to dissipate its energy and strength.

The experience of Ne Davimo Beograd (NDB) indicates that grassroots movements could now enter into a new phase, marked by the choice of competing in the political arena, while keeping one foot on the streets. The icebreaker has been Zagreb je naš (Zagreb is Ours), a social movement advocating a more sustainable and social-oriented Zagreb that has formed a green–left party ahead of Croatia’s parliamentary elections on July 5. It gained 7 seats in the Sabor, the Croatian Parliament. The experience of Zagreb is Ours has been carefully observed and widely recognized as a success story by other movements in the former Yugoslav area.

Regardless of the path they will follow, it is wise for the EU to listen to these movements’ demands. They are an important radar to assess problems in the Western Balkans as well as to understand youth’s ambitions and hopes for a better future in a region where, unfortunately, more and more talented people are leaving due to a dramatic lack of opportunities. What’s more, paying growing attention to the grassroots movements could help the EU to change the narrative, shared by many activists, that sees Brussels legitimizing authoritarian regimes in exchange for regional stability, an approach trade that political scientists call “stabilocracy”.

Unlike other drugs that come under Z-drugs such as triazolam, the long term use of eszopiclone is approved by FDA which is six months. where to buy cialis over the counter in malaysia Lunesta is known as more superior than other prescription sleeping pills name due to its ability to induce sleep and prevention of nighttime waking.

FacebookTweetEmailPrint International concern is growing over the rapidly escalating turmoil in the South Caucasus, as fighting between Armenia and Azerbaijan continues and is threatening to draw regional powers directly into

FacebookTweetEmailPrint While war has long been viewed as a competition between adversaries, peace has been defined by absence of such conflict. But what happens when the line between war and

FacebookTweetEmailPrint In the newest operational warfare domain, cyberspace, there are armies of nefarious hackers from around the globe who use cyber warfare for economic, political, or military gain. One aspect