Within the CSR operational framework, taking into account the relevance of the topic related to foreign terrorist fighters and the process of reintegration of returnees, we considered it extremely important for this topic to develop a useful discussion between directly or indirectly affected individuals, institutions and organizations, during which opinions and best practices for dealing with this process will be exchanged. For that purpose, we organized the workshop titled „Best practices and approaches in the reintegration of foreign terrorist fighter (FTF) returnees“ on Feb 23, 2021, which was held in a combined (offline/online via ZOOM) format.

The main topic of the workshop was the threat posed and national experiences on the FTF returnees, and how several countries in Southeast Europe dealt with that issue.

The main speakers of the workshop were the Director of the CSR, Aleksandar Nacev PhD, who spoke about the Macedonian experience in dealing with the returnees from ISIS, and the several police arrests for terrorism related charges, which included some of those returnees.

The second speaker, Mr. Rabie Sedrak, who is the special advisor for counterterrorism in the CSR, spoke about the challenges and threats posed by the „Caliphate cubs“, or the children of ISIS, and whether or not they are posing a potential future threat. He also spoke briefly about the current situation in the Middle East.

The workshop brought together a significant number of participants, who took active part in the discussion, and who were representatives of foreign diplomatic missions, international organizations, other NGO’s and think tanks, such as the respresentatives from the European Peacebuilding Liaison Office (EPLO), Institut za sigurnosne politike from Croatia, EU Radicalization Awareness Network (RAN) and others, which gave the workshop an international signature.

You can watch the whole workshop on the following link: 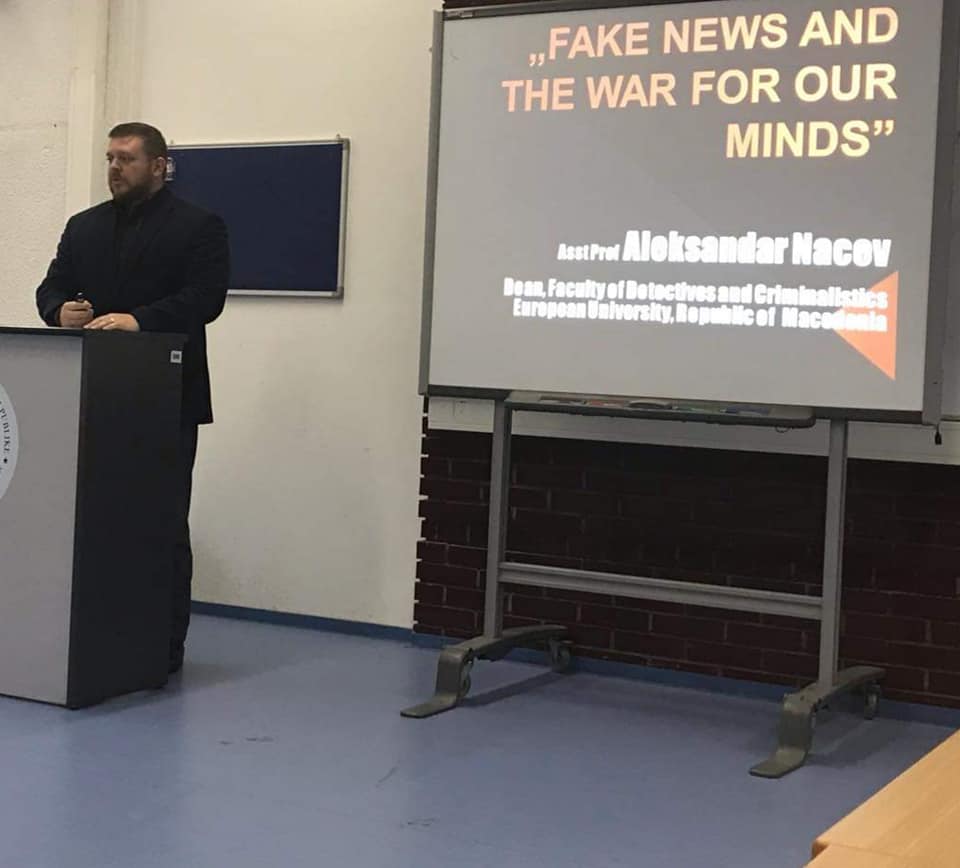 Facebook0Tweet0Email0Print0 The Director of the Center for security research, Aleksandar Nacev PhD, had a lecture at the KYATA “Winter University for Security Studies”. The subject of the lecture were the

Facebook0Tweet0Email0Print0 From 3rd to 10th of July, our Head of the Department for law enforcement research Oliver Risteski MA, participed in the Warsaw Euro-Atlantic Summer Academy – WEASA 2020, a

Facebook0Tweet0Email0Print0 Mr. Rabie W Sedrak, the special advisor for counterterrorism at the Center for Security Research, had a guest appearance at radio “Lider”, where he explained the latest conflict in