How do terrorist groups exploit the corona pandemic?

The spread of the Corona pandemic has changed the dynamics of most political processes at the local, regional, and international levels. However, it is remarkable that actors of current terrorist groups from various ideologies have demonstrated significant abilities to adapt rapidly to those changes caused by the spread of Corona virus. Indeed, some terrorist groups have tended to use the virus as a tool to achieve their goals, such as the attempt of some terrorists in Tunisia to spread the virus among security personnel earlier this month. Through monitoring the behavior of violent extremist groups worldwide during the past weeks, it was possible to identify a number of paths through which Corona virus have influenced the movement of such extremist groups, or rather the paths that these groups are employing, to serve their purposes.

The Corona pandemic struck most of the world, leaving the vast majority of people in a state of confusion and uncertainty about how to deal with infections, prevention and treatment mechanisms, the performance of health institutions in different countries, and the negative effects of the crisis on the social, psychological and economic levels due to isolation and social divergence imposed by this crisis.

As is often the case in times of confusion and uncertainty, extremist groups from different ideologies, started to spread hate speeches and extremist views, especially through internet, which has become the first outlet for millions of people in their homes practicing social divergence with the fear of being exposed to the Corona pandemic.

Many people have noticed recently that social media sites are full of misleading information broadcasted by extremist groups to spread hatred, where those sites also provide – in such exceptional circumstances – the opportunity for extremist groups to communicate with new audiences different than the ones they used to reach.

Exploitation of the security vacuum

On the operational level, there are several warnings that different extremist groups can take advantage of the world’s preoccupation to combat the spread of the Corona virus, to boost terrorist and hostile operations in order to increase their gains. It is worth noting – in this context – the warning of the Commissioner for Peace and Security Council of the African Union, of the repercussions of Corona outbreak in Africa in light of the refusal of terrorist and armed groups to put their operations on hold. It is expected that terrorist and armed groups will exploit the current situation to carry out serious attacks, while most of security forces are in the field combating the spread of the virus, leaving a security vacuum and a golden chance to such criminal organizations.

During the last week, we have witnessed a resurgence of ISIS movements in Syria and Iraq. Due to the security vacuum, ISIS operatives found vulnerable areas to expand their activities in, where most of security forces are busy applying curfews and working in half capacity to reduce infections among security personnel. NATO has announced that their training in Iraq will be postponed for 60 days while British Minister of Defense reduced training pace for more than half.

In addition, anti-ISIS coalition in Iraq and Syria was forced to take serious measures to prevent the spread of Corona virus among its units operating there; which gave ISIS the opportunity to develop/alter its tactics from random groups fighting indiscriminately to more organized groups fighting in battalions, in geographically defined areas with decentralized powers. Early this month, ISIS carried out a number of operations in many areas north of Baghdad.

On the other hand, if the virus outbreaks in prisons and detention camps, which is the likely situation now; a new risk of liberating ISIS fighters from prisons in Iraq and Syria will arise in light of expectations that officials in the administration of some prisons will give up their duties. Thus, creating 06a gain that would make a qualitative shift for ISIS.

Corona virus as a tool for recruitment

As the spread of the Corona virus increases, few extremist groups have warned their members against traveling to Europe and other regions affected by the outbreak. However, some of them have called for jihad, explaining that their fighters “will receive a divine protection from the virus” if they participate in what they call jihad. There are fears that those groups will recruit or rather direct their fighters from confirmed or potentially infected with Coruna virus to spread the infection among targeted groups such as police and/or security forces.

Earlier this month, French Ministry of Interior prevented a “terrorist” plot which aimed to spread Corona virus among police forces, where the suspect exploited his moral authority over members of an extremist group in the region, especially the ones infected with Corona virus, and incited them to deliberately sneeze, cough and spit everywhere where police units are carrying out their administrative control procedures, with the aim of “infecting as much as possible” with Corona virus. One of the suspects admitted that he had received such instructions. Meanwhile in New Zealand, members of an extremist group were intentionally sneezing and coughing before security personnel. Andrew Coaster, NZ police Commissioner, has considered spitting as an escalating threat to both police personnel and citizens during this pandemic, threatening perpetrators with a 10-year prison sentence.

In the same context, an internal FBI security report revealed that extremist groups are discussing the possibility of using Corona virus as a biological weapon to carry out terrorist attacks. Extremist groups may achieve that through leaving saliva on door handles in local FBI offices, spitting on elevator buttons, and even setting the virus in spray cans to spread it in several neighborhoods. A CIA report revealed the same methodology, stating that such groups were already preparing to launch a group of organized attacks through bottles and sprays loaded with virus in several American cities, targeting specific gatherings to spread the virus widely among them.

Probably, this is what prompted the Secretary-General of the United Nations, Antonio Guterres to warn of a growing danger in the future from terrorists launching toxic biological attacks aimed to spread deadly epidemics such as Corona, stressing that “Weakness and shortcomings in fighting the epidemic now, envisages what a possible epidemic attack could be in the hands of such terrorists”.

Features of such path are particularly evident among extreme right groups in many European countries, this was confirmed by a German intelligence report, warning against extreme right groups (specifically new fascist and Nazi groups) using Corona pandemic crisis to undermine people’s confidence in the German government,  disseminating conspiracy theories, stigmatizing immigrants as Corona carriers, as well setting up collapse scenarios to gain support for their extremist positions, creating an atmosphere of confusion, and pushing European societies towards unrests and protests to bring down incompetent democracies allowing them to gain access to power. Fears are also increased from the so-called white terrorism in the US, where a joint report issued by the departments of Justice and Internal Security together with the National Counterterrorism Center (NCTC), warning that racist groups may take advantage of the current situation to launch attacks against Asians in the US, based on their internal literature that Corona pandemic was a Chinese conspiracy to create a new world order. The report stressed that such racist groups are holding the American security institutions responsible for not being able to intercept planned attacks against American people. The report accordingly expected an escalation in hate speeches/crimes against Asian Americans and other Asians within the next two or three months. 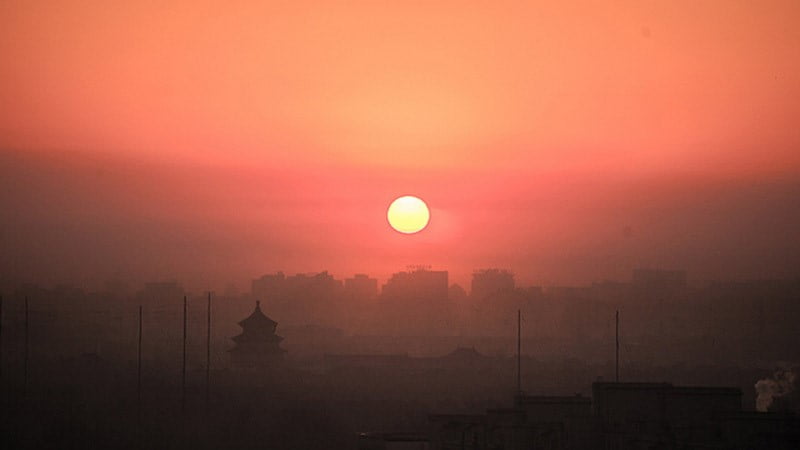 Facebook0Tweet0Email0Print0 Violence in Ethiopia’s northern state of Tigray has escalated in recent weeks, with hundreds of soldiers and an untold number of civilians killed in a worsening dispute between regional

Facebook0Tweet0Email0Print0 Battlefields are constantly evolving, and modern warfare is quickly advancing. In turn, this is causing countries around the world to pump hundreds of billions of dollars into their militaries